From “A look back in history” November 9, 1971 Canon City Daily Record, Article by Ruth Steinmeier

This was the residence of Mrs. William C. Catlin in 1897.  The drawing appeared in a brochure entitled “Canon City, Colorado, Illustrated published and compiled by the Canon City Board of Trade in 1897.  Many of the homes pictured in the brochure, still remain in excellent condition today.

The house is located on South Second Street, South Canon. It was probably built in the late 1870’s by W. C .Catlin on part of his homestead.  In the “History of the Arkansas Valley,” 1881, Capt. Benjamin F. Rockafellow mentions the handsome residence and grounds.

Reference is also made to the property and character of William Catlin in Hartwell’s “History of Fremont and Custer County.”

From “A look back in history” November 9, 1971 Canon City Daily Record. Article by Ruth Steinmeier

“William C. Catlin is one of the most substantial citizens of Fremont County, noted for his honest kind heartedness, charity, and generosity.  He is one of he pre-emptors of the land on which the town is built. He commenced his business in a small way and by honest industry he has now acquired a fine

estate without stooping to low trickery or legal thievery.  His fine place in South Canon is the home of hospitality, benevolence and true Christian charity. Uncle Catlin and Uncle Jesse Frazier are the salt of the earth. Long may they abide with us.

“William Catlin, author of the first brick yard, the first production of which was used for the purpose of confining obstreperous rapscallions in the cells of the penitentiary for defying the laws of god and man.”

“W.C. Catlin was born in England in 1829. He was married there and came to the United States in 1849.  He lived in Ohio and Nebraska before coming to Fremont County in 1860 where he homesteaded.

The western boundary of his property extended as far west as the present Canon City dump and as far south as the Empire Zinc Mill. The eastern boundary was South 6th Street, in South Canon, where Mr. Thorton resides today.”

Mr. Thorton related: “in 1876 grandfather donated 10 acres of land to Canon City for the first official burial ground that became Greenwood Cemetery.”  Many members of the Catlin and Thorton family rest their today.

From the Canon City Daily Record, September 7, 2001 by Jackie leatherman

When speaking of building a foundation in Canon City William C. Catlin can definitely be attributed to laying a few building blocks. Catlin was born in Lincolnshire, England in 1827 and moved to the United States in 1849 at the age of 22 with his bride, Mary A. Pilmore. He lived in Ohio [in Medina Ohio about four years], Nebraska and California [Gulch -Leadville] and was in Canon City by the 1860’s. 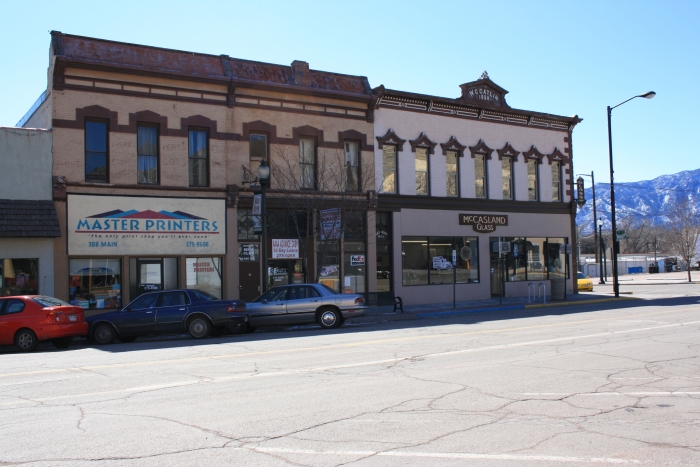 Described as “one of the most active businessmen in the community ad highly respected by all the people.” Catlin farmed, owned livestock, and most importantly built the first brickyard of any importance in the region. The bricks were used in four of the earliest buildings in the city and also shipped to possibly two mining camps.

The glass bricks from this home were recovered from 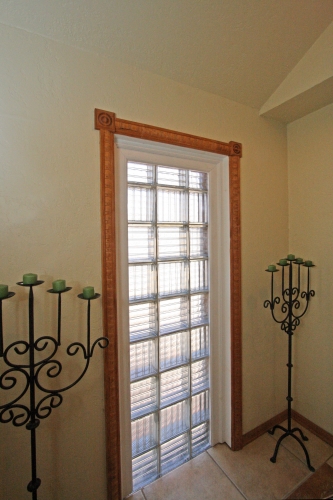 the Historic Mayview Manor that was built in 1922 and demolished in 1978. 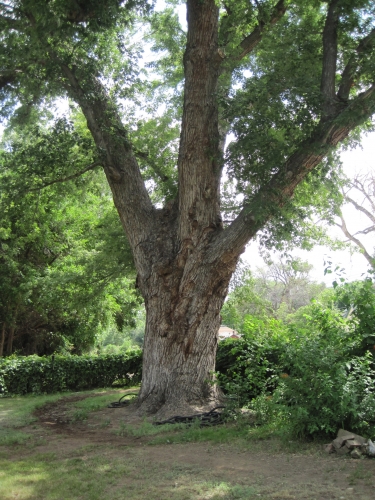 The beautiful tree in the front yard was declared the champion Silver Maple in the Colorado State Forest Big Tree Contest on October 1, 1966!

About the Author: Dan Grenard

I provide photography and other assistance to Home Town Real Estate of Canon City.I also work with the Fremont Stones 'n Bones on a variety of paleontology projects and programs.